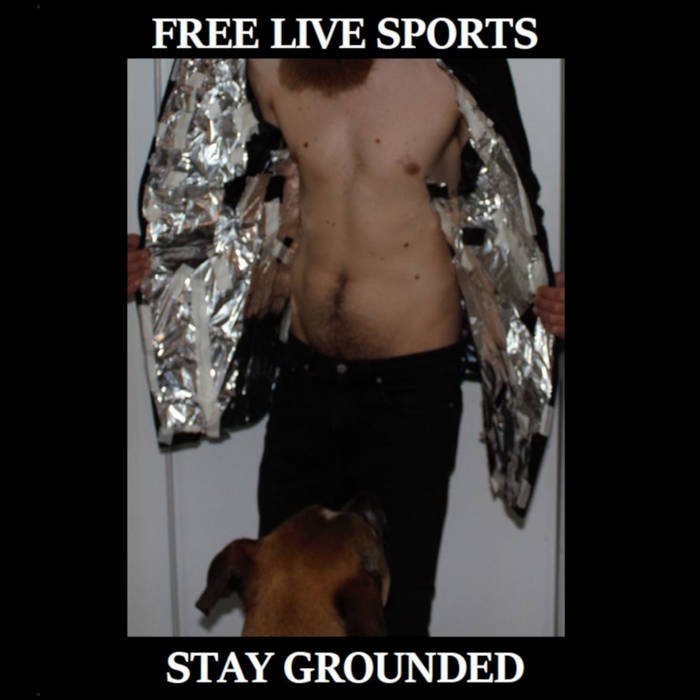 Rich Cuskelly ALL MY KINGDOM FOR A COCONUT Favorite track: Jehovah's Witness The Fitness.

Rings At The Door

Free Live Sports live in Dodges Ferry, on Paredarerme Country. We acknowledge the palawa /pakana of lutruwita / trowunna and the Tasmanian Aboriginal community and pay our respects to Elders past and present. Sovereignty was never ceded.

Tasmanian-via-mainland three-piece Free Lives Sports started out as an excuse to mess around and try new things. Singer/bass player Madeleine Laing had never played or performed music before, and drummer Dave Holmes had never played drums. Songwriter/singer/guitarist Stephen Rose, well, he had to be there to make the songs actually happen and used the opportunity to write music with as many hooks, riffs, and complicated bits that you possibly could teach to two complete novices.

The result is a band constantly playing on the edge of its ability; pushing to make music that is catchier, hookier, darker, more difficult. Free Live Sports never let sounding a bit shit get in the way of a good tune, comparisons to bands like Dead Moon, Captain Beefheart and Guided by Voices are warranted, though their love of a pub-rock karaoke classic keeps it from getting all too experimental.

Stay Grounded is Free Live Sports’ first recording, tracked in one steamy day in Madeleine and Steve’s tiny spare bedroom in Dodges Ferry – a beach town with shit surf on the East Coast of lutruwita/Tasmania. The rough closeness of the recording soon reveals a surprising breeziness and tongue-in-cheek attitude; the songs are generally sub 3 minutes and move from hook to hook with little regard for traditional structure.

There are moments like Fisherman or Faraday’s Fuckroom where fun guitar music is delivered with a twisted intensity, and deceptively simple repetitive groves that spiral in and out of focus like Achiever and CRT. The lyrics are hard to pin down but give a sense of mundane mixed with the unhinged: renting videos, Eagle Boys, hard rubbish and travelling (and, uh, dragging your bleeding body) along the Hume Highway mixed with paranoid conspiracies, delusion, cults, and a fisherman with a fetish. A first taste of a band throwing everything at the wall.

Mille Petrozza stops by to talk about the new Kreator album, plus music by Trauma Bond