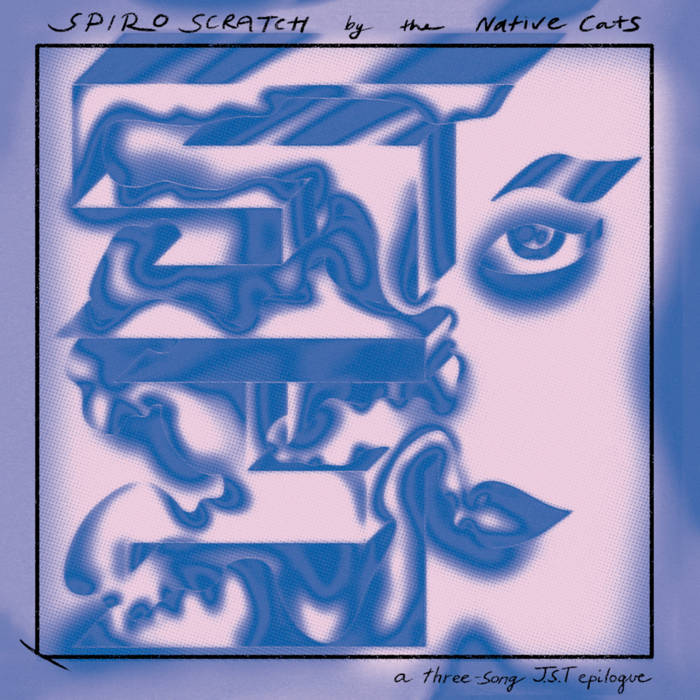 Three songs written and recorded in nipaluna. We acknowledge and pay respect to the muwinina people, who are the traditional owners of this land. Sovereignty was never ceded.

Other Native Cats releases at thenativecats.bandcamp.com

Hobart’s limitless minimalists The Native Cats have followed up 2018’s elliptical masterpiece LP – JOHN SHARP TORO – with a short, spiked, seven-inch epilogue – SPIRO SCRATCH. Three songs about living beyond arrival, and fighting your down ways for your own chosen causes.

For the 87 seconds of ‘Preservation Law’, singer and blow-in drummer, Chloe Alison Escott, no longer in service to the past, finally lets loose all the tension built up on John Sharp Toro, and the many years preceding it.
‘Olivia’ is a minor-key queer anthem in which Escott asserts her new place in a wider, darker world, and sets and alarm chime in an uneasy slow dance with Julian Teakle’s bass.

And the there’s ‘Metre des Archives’, a reflection on heroes and their footsteps, a drift through and asteroid field. This one is for the tall girls, but it’s for you, too, and that’s no accident.

Out 28 November on Hobart’s very own Rough Skies Records, a tower of light kept standing and shining by The Native Cats’ own, Julian Teakle, and Slag Queens’ Claire Johnston. Rough Skies has been dedicated to releasing music from the region since 2009.