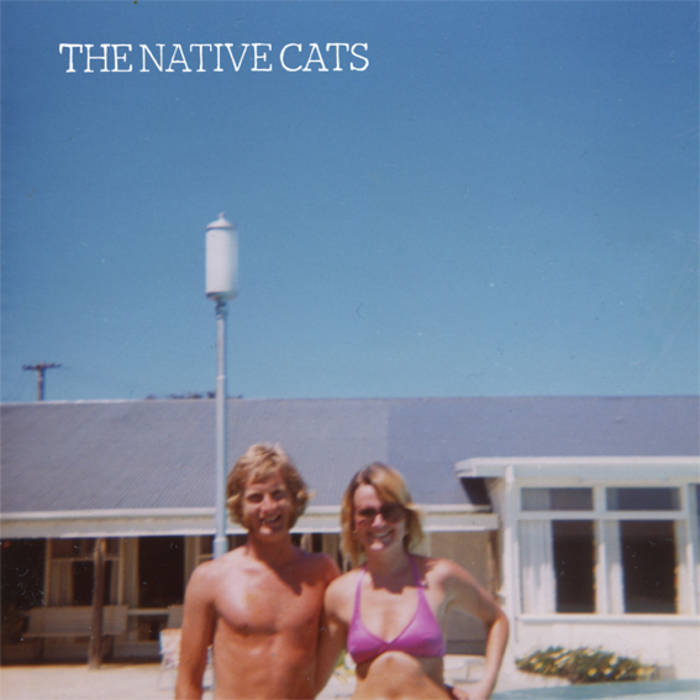 A few points of clarification about the reports that Tasmanian electronic pub rock duo the Native Cats "retreated to a cabin in the wilderness" to record the follow-up to their 2009 debut LP "Always On": first of all, it's not a cabin so much as a community centre. They hold flower shows and playgroups there. As for the wilderness, such is the nature of their home town of Hobart that the wilderness is only a very short drive from the CBD; they were only ever ten minutes away from a panini and a cappuccino, had they been in the mood. And lastly, for all the relative peace and serenity of their recording environment, "Process Praise" is the Native Cats at the hardest and heaviest they've ever been.

The tinny Casiotone beats of their debut have given way to deep drum machine menace; synths swoop and buzz at unexpected moments; Julian Teakle's bass riffs get meaner and more direct; Peter Escott's words are sharpened and arranged for maximum damage; objects are struck forcefully when nothing else will do. The Native Cats' sound has expanded, but it's still as lean and concise as ever, solid like a sensibly-packed suitcase. No showboating, no horsing around, no superfluous elements, no concessions to trend or fashion. Peter wore a nice scarf around his neck for most of the three-day stretch, but it was knitted by his wife, and he wore it specifically to keep his vocal cords warm. See what I mean? Everything on this record serves a purpose!

Following on from last year's critically fussed-over 2010 limited-run 7" "Catspaw/Lemon Juice", there's a sober, sleepless, darkly humorous mood running through the tracks here, from the opening depressive amble of "The Singer Is Dead To Me", through to the steep downhill shuffle of desperate mission statement "All Men to All Men", the minimalist beatdown and character assassination of "Self-Rep", and the fugue-state electronica of psychic gangland revenge ode "Dani Dani". The LP closes with "Power In", a haunting duet featuring Julian's former Bad Luck Charms bandmate Lisa Rime, a moment of uneasy closure after the hectic ride that precedes it.

The vinyl release of "Process Praise" will be handled once again by Ride the Snake Records in Boston, Massachusetts, U.S.A., while the CD is coming out on Julian's own Rough Skies Records. It's the product of two steady, principled men from a largely unrecognised part of the world, just trying to make the most of their time between work days and make their families proud, maybe get on a street press cover, maybe get some of that "blog buzz" everyone's always going on about. Slowly living the slow dream.