Live At The Brisbane Hotel

by The Bad Luck Charms 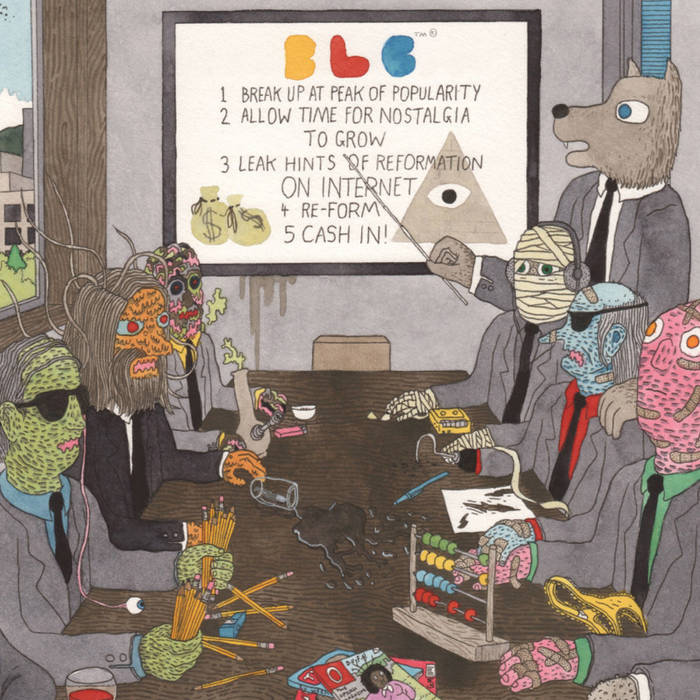 Rough Skies Records launches its second release, a recording of the Bad Luck Charms final show in Hobart in September 2007. Playing to a packed Brisbane Hotel, all the requisite ingredients for great Hobart gig were there; heckling, stage invasion, high emotion, inebriation and nudity from the audience. The Bad Luck Charms responded by playing their hearts out. Recorded by James Tulczyn, the album documents not a band in its death throes but signing off on two years of prolific songwriting, comradeship and hanging-on-for-dear-life performances.

The Bad Luck Charms featured ex-members of The Frustrations, The Stinky Bitches and The Reactions who started playing in August 2005 racking up numerous gigs at local pubs, festivals, theatres and record stores around Hobart and Melbourne. They released two albums during their time together "Almanac" & "Rant & Drift” through Hobart’s Consumer Productions. “Rant & Drift” , released in the bands last months together, received posthumous favourable reviews in Uncut and the Village Voice website and reached number 12 in the Mess & Noise 2007 Writers Poll, beating Grinderman!

Matthew lives in Copenhagen now and plays in The City Kill, Lisa plays in Wendy In The Mountains & The Caves With The Slaves and Julian in The Native Cats in Hobart.